I've read a bunch of great business books, though very few of them in the past have been compilations from amazing people centered around common categories.  I find that I consume more business knowledge these days in reading blog posts, so, regardless of who or how many people are authoring a book, I find myself enjoying books that are organized like blog posts. 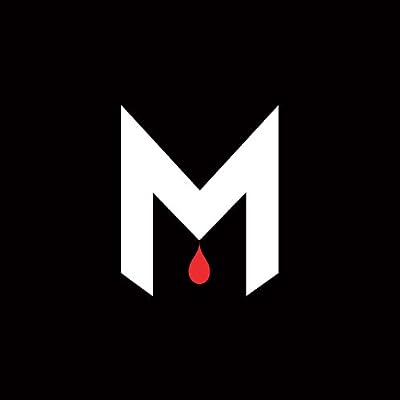 It was my pleasure to read End Malaria, the most strangely named business book that I've read in at least the past 12 months.  End Malaria represents a book that is used as a vector to help end malaria-related deaths by 2015 -- $20.00 of each sale goes directly to Malaria No More.

What's great about the book besides the amazing mission is the fact that all of the great authors have donated their insights and writings for free, and those writings and insights have been organized around common topics in blog post format (please see the first paragraph of this post if you are confused about why I think that's great).

Authors and contributors of note:
The list goes on, but rest assured that there are over 60 people adding their genius to the book.

Buy the Kindle version like I did for $20 and the full amount goes direct to the charity.

Posted by Ross at 2:37 PM 2 comments: Links to this post
Email ThisBlogThis!Share to TwitterShare to FacebookShare to Pinterest

How does gun regulation work when you can print parts?

Lots of controversy swirling around about:
If you click the first link, you can have produced for you (read: printed for you) the lower receiver for an AR-15 rifle, which, technically, is the only part of the rifle that requires you to have a license in the United States.  Clicking on the second link will allow you to print an AR-15 magazine that is big enough to hold more than 5 rounds, but doesn't include the spring design, so it's a 5-round magazine; presumably a talented person could put that design into a modeling program, extend the clip length and make it to accommodate some number of rounds that pushes it into regulation territory, but as is, you can buy the same factory version of a 5-round magazine without any sort of license right now.

The fundamental problem or question or point of debate around all this is whether or not this is illegal or immoral or wrong.  Thing is that no one really can answer whether printing a regulated weapon component is the same as buying one.  Most of the places that could print things like this for you discourage you from uploading weapon designs and producing weapons, but draw short of regulating because the production of such items is not currently illegal.

Personally I am not sure that I'd want to fire a weapon that had a receiver made from a 3D plastic printing place.  I know that there are composite and carbon fiber receivers available on the market for the AR-15 that are designed for heavy use, but I'm not sure that's what you're getting out of a 3D plastic printhouse.  Doesn't mean that won't change in the future if you can specify the actual output material and performance specifications.

Bear in mind that the lower receiver alone is not enough to make a weapon -- you do still have to locate and assemble the other parts.

Please note that I'm not advocating you doing any of this -- I wouldn't want to be anywhere near a rifle built around this when a bullet wen through it.